Here in America, we have serious issues with obesity, cancer and depression. The statistics on obesity are truly out of control, as revealed by a new federal report. About 11 percent of people in the U.S. are taking antidepressants according to figures from the Centers for Disease Control and Prevention. We are being told to eat more plants, eat less fat and calories and to exercise more. And if we don’t, it is now shown that we are at a higher risk of getting different types of cancer including esophageal adenocarcinoma, cancers of the colon and rectum, kidney cancer, pancreatic cancer, endometrial cancer, and breast cancer among postmenopausal women. These cancers are associated with being overweight or obese.

The cause vs. the cure

There are now many theories and supporting research suggesting that bacteria may be the culprit. Sequencing the human microbiome is showing us how we coexist with the microbial populations in our bodies. Historically this bacteria was thought of only as pathogenic or disease causing. Now we know that there are 100 trillion bacterial cells in the body, 10 times the number of human cells and they can either work for us or against us. New research is looking at understanding how bacteria maintain health and how bacteria cause disease. Unfortunately, we have spent the past century taking aim at these supposed pathogens and eradicating these bacteria may be causing permanent damage. The chairman of the department of medicine at New York University Medical School and former president of the Infectious Disease Society of America, Martin Blaser, has said:

The flora or microorganisms that naturally live in our guts can play a role in a variety of health issues including things we would assume like intestinal problems but also psychiatric illnesses and even asthma and obesity. Further, it is suggested that the normal colonization of flora during infancy influences early brain development and even influences personality. Scientists are researching this gut-brain connection and possibly how to use it and probiotics to treat depression and anxiety. A recent study out of China found that formulating a special diet to kill off certain bacteria could actually control obesity.  And yet another recent study links an E. Coli strain to cancer.

The conventional approach is to cut, poison, and burn the patient with expensive surgeries, therapies and drugs. I sincerely hope that in 10 years time we will look back on these therapies for what they are – sadistic band-aids to a gaping wound. There are new individualized therapies on the horizon which ask the question: “When do we use probiotics to change the population of bacteria?” That is the right question, but again, these new therapies from Big Pharma will focus on drugs that can be patented, marketed and sold at a profit and will target specific strains of bacteria. Why wait for studies and new expensive drugs to prove what traditional peoples who were vibrantly healthy already knew?

We are talking about ‘ancestral microbes’ which means our ancestors were doing something right. We should learn from them. When we switched to refrigerators from traditional food preparation and fermentation techniques we lost some of our old friends – bacterial and worm colonies. Isolating particular strains of probiotic microbes may be good business for Big Pharma but may not be as good for our microbiomes as traditional prepared fermented foods.

Try and patent that! 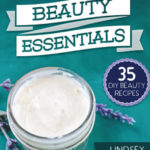 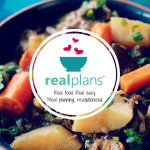 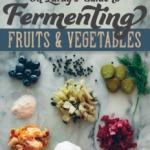 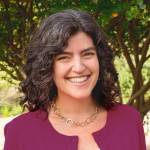